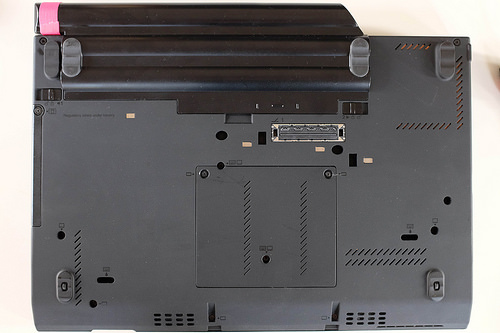 First remove the battery or cable powering your device. The Thinkpad x230 has two SPI flash chips that hold the BIOS, ME, etc. and are located under the palm rest. To access these chips, first remove the indicated screws on the back of the laptop. 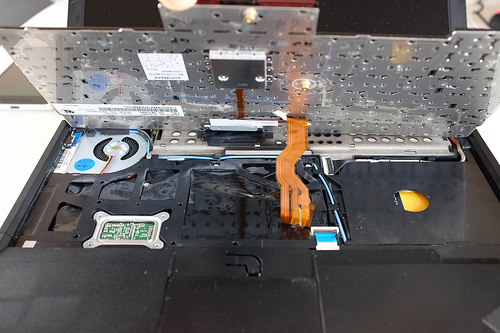 Removing these screws will allow you to remove the keyboard and palm rest. 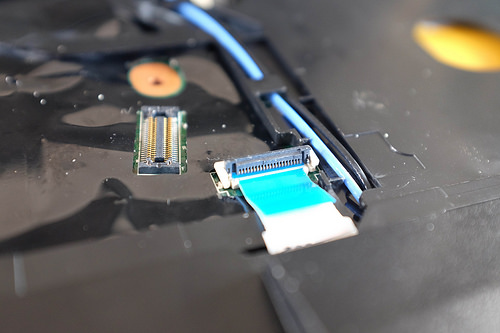 The palm rest is also connected to the motherboard, but there is a little latch holding its ribbon cable. After undoing that latch, the palm rest should be fairly easy to remove.

Pull up the black plastic on the bottom right of the palm rest to reveal the two SPI flash chips. 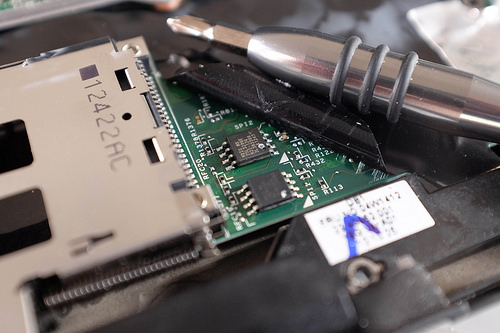 The top chip is 4MB and contains the BIOS and reset vector. The bottom chip is 8MB and has the Intel Management Engine (ME) firmware, plus the flash descriptor.

Based on the work done here, the chips should be one 4M and one 8M of the following:

First download / build the maximized board roms (top and bottom) for this board and verify their hashes.

Find the chip and read from it twice (For me the SPI flash chip is YYY):

If the files differ then try reconnecting your programmer to the SPI flash chip and make sure your flashrom software is up to date.

If they are the same then write x230-maximized-top.rom to the SPI flash chip:

Find the chip and read from the chip twice (For me the SPI flash chip is ZZZ):

The 8M bottom chip contains the ME firmware. It is neutralized in maximized version. You can flash it specifying the same chip you found under ZZZ:

If all goes well, you should see the keyboard LED flash, and within a second Heads will boot in its GUI.

Two reboots are sometimes needed after flash. Force power off by holding the power button for 10 seconds. Since the memory training data was wiped by the content of the full flashed ROM, this is normal.