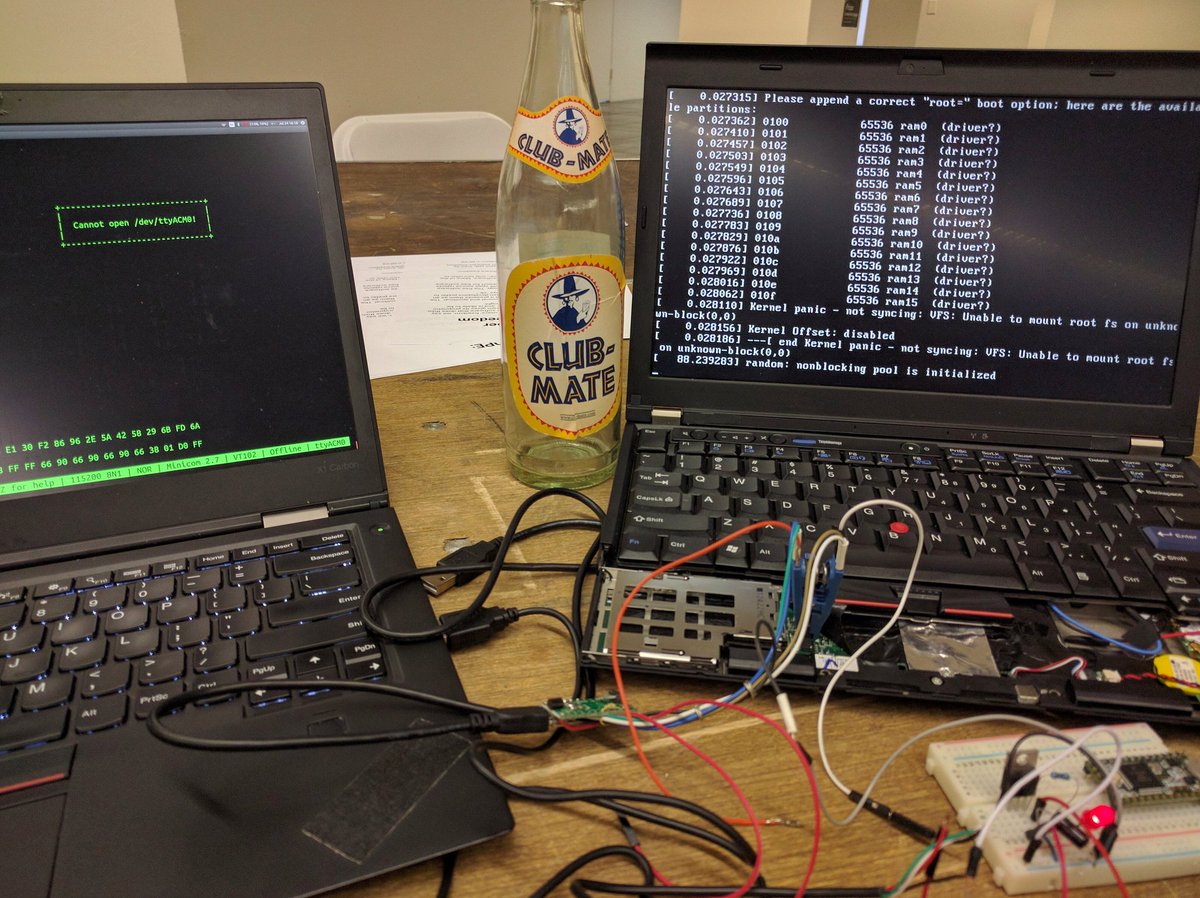 The first time you install Heads, you’ll need a hardware flash programmer to be able to replace the existing vendor firmware. Subsequent upgrades can be performed via software, although you’ll probably want a hardware programmer since we don’t have a fail-safe recovery mechanism in the event of a bad flash or buggy firmware.

Additionally, reflashing the firmware will change the TPM PCRs. This will require generating a new TPM TOTP token and a new drive encryption key. Be sure you have your TPM owner’s password and your disk encryption recovery key or passphrase available since, by design, the disk key is not accessible to the recovery shell. 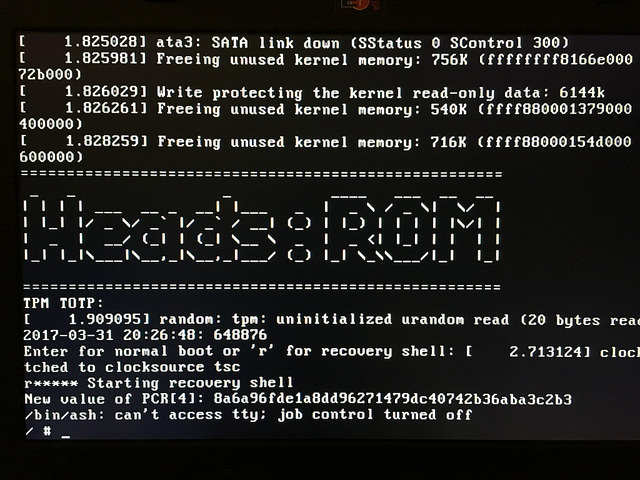 If the flash protection bits are set correctly it is not possible to rewrite the firmware from the normal OS. You’ll need to reboot to the Heads recovery shell (hit r after the TPM TOTP prompt). 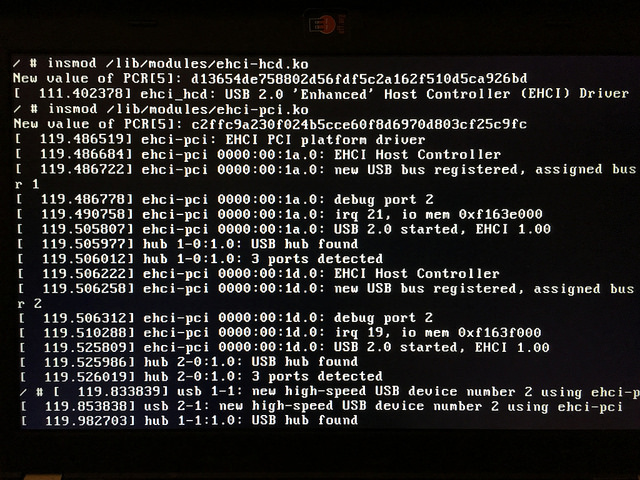 The Heads boot process does not have USB or network drivers by default and neither does the recovery shell (although this might change). You need to load the Linux kernel modules, which will change the default module PCR 5:

When you insert the drive you’ll see a console message about the partitions on the new device. Typically it will be the first partition, /dev/sdb1, or sometimes just /dev/sdb if there is no partition table. Make a directory and mount the device read only:

There is a helper script /bin/flashrom-x230.sh that uses the x230 flash ROM layout and the Heads modified version of flashrom to write to the chip. One of the modifications is to avoid touching or reading the ME section, so it is not necessary to have used the ME cleaner or unlocked the flash descriptor. 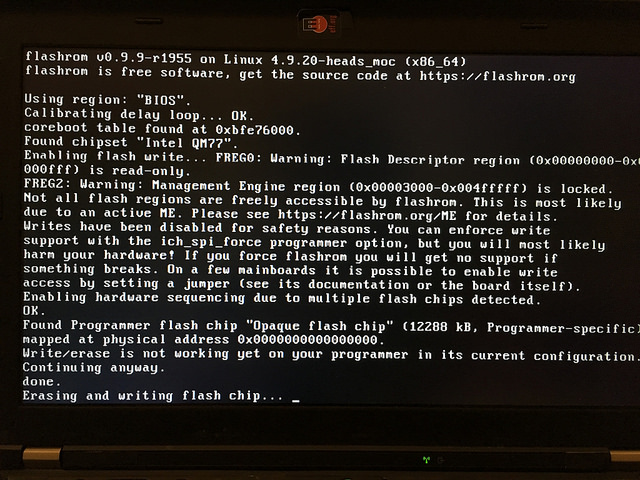 If all goes well it will write for about a minute and then report success. Due to hacks in flashrom, it does not read back what it wrote to verify, so hopefully it worked.

Reboot and verify that the new firmware is running. You’ll be dropped into the recovery shell immediately since the TPM TOTP secret will not be unlocked. Since the first boot after flashing will also adjust the MRC cache, it is necessary to do a second reboot to ensure that the TPM values are at their persistent state (issue #150 aims to fix this). 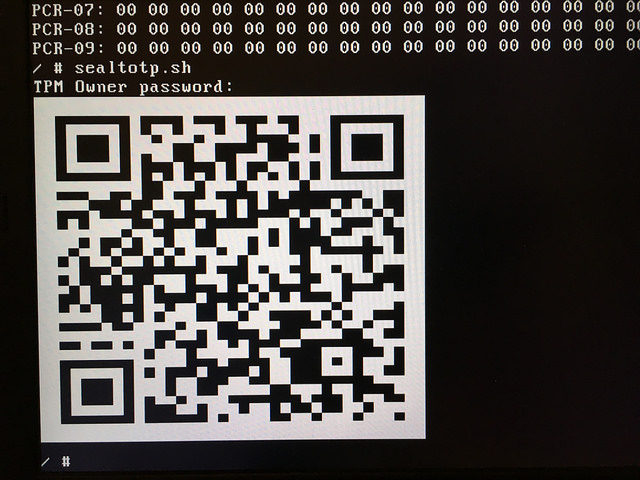 After the second post-flash reboot, generate a new token and store the QR code in your phone by running:

This needs the TPM owner password to be able to define the NVRAM space. (todo: issue #151).

When you get to the standard boot menu and after you verify the TOTP, select ‘m’ to go to the full boot menu. Select the option you want (usually the first), make it the default by hitting ‘d’ and also say ‘y’ when asked to reseal the disk keys.